Attention: Spoiler Alert
Name:  Zefii
Age: unknown, looks 17.
Height: 165 cm
Birthday: November 6th
Blood Type: O
Description: Zefii was once the great Demon Queen, known for her unparalleled skills in shadow magicks. She was betrayed by a trusted lieutenant during the Great War, leading to her defeat at the hands of the Angels and the perishment of her physical form. After milleniums of wandering, her soul found her way back to the Demon Realm, and she was reborn as a princess. 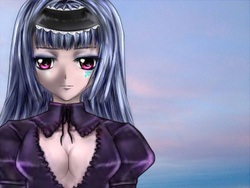 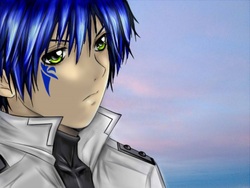 Name: Dwight
Age: unknown, looks 18.
Height: 180 cm
Birthday: February 25th
Blood Type: AB
Description: Dwight was the crown-prince of the dragonkin and the commander-in-chief of the dragonkin army. He was enthralled by the great Demon Queen Zefii and joined his forces with the Demons. He became one of Zefii's most trusted generals after proving his loyalty and skills in battlefield tactics over countless battles against the Angelic Council. 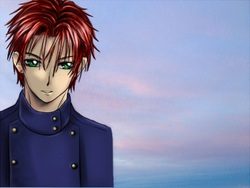 Name: Kiryl
Age: unknown, looks 28.
Height: 184 cm
Birthday: January 2nd
Blood Type: O
Description: Kiryl rose to prominence after winning a great tournament hosted by the Great Demon Queen herself. He became one of the high-ranking demon lords under Zefii. After the death of Zefii, he became the new King of the Demons.

Create your own unique website with customizable templates.
Balibu Studios