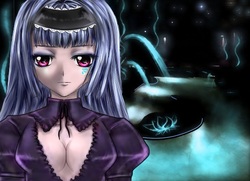 Zefii is a highly interactive visual novel. The game begins when the player wake up on his desk and feels something odd about his room. He soon discovers a secret passage, which leads to a hidden underground palace. During his time in the palace, the player meets a variety of characters, one of them is Zefii, the player's target in the game. He gradually uncovers memories from his past life and eventually travels to the Demon Realm to find Zefii. Together, the two of them enter a brand new world: will it be heaven or the beginning of a nightmare?

- 6 Endings, each one revealing a different secret about the characters

- Receive and reply to phone calls from Zefii

- Original sound tracks and theme songs (not including sound effects, which are from iMovie)

- Beta version available in English only

- All versions are completely FREE! 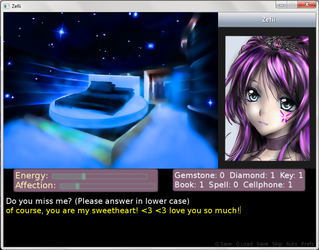 Create your own unique website with customizable templates.
Balibu Studios